Charles Fries, a member of the FBDCA and a charter member of the Heartland French Bulldog Club, died at home in Independence, MO on March 2, 2013 at age 66 following a long illness. Charles leaves behind his wife Nancy and French Bulldog Blaze as well as a son and daughter, grandchildren, sister and brother, numerous other extended family members and many friends.

Charles was a Viet Nam veteran, having served in the 196th Light Infantry Brigade, 17th Cavalry, F Troop in 19657-68, and had recently retired from his job as a computer systems administrator for the National Association of Insurance Commissioners. He was a member of a model train club, and also of the French Bull Dog Club of America and the Heartland French Bulldog Club.  Charles, along with his wife Nancy, were “pet owners” and were always helpful in Frenchie events and activities.  They worked at the 2008 National Specialty, and could always be relied on to help at the developing Heartland French Bulldog Club’s matches, parties, picnics, and monthly meetings.  Charles is greatly missed by his Frenchie Friends. 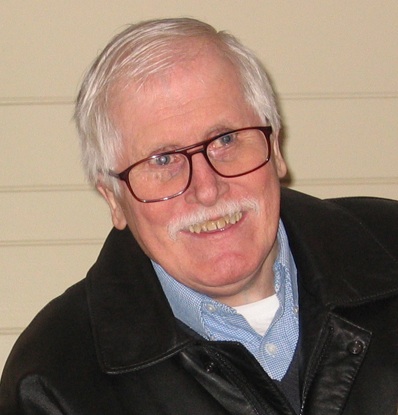 Those of you unable to attend the Health & Genetics Seminar at the 2018 FBDCA National Specialty may see it now on the FBDCA website at https://frenchbulldogclub.org/health-genetics-seminar/   Dr. Brenda Bonnett of the International Partnership for Dogs...